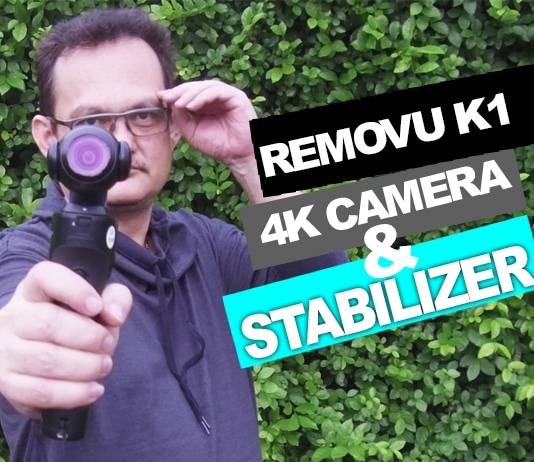 REMOVU K1 4k camera quickly captures the life changing moments as they happen without any shakes because of its self-stabilizing 4k camera. The 4k camera from REMOVU is a very impressive hand-held device that comes with an all-in-one 4k camera and a 3-axis gimbal stabilizer. The gimbal is designed for vloggers so that capturing shots during their travels can be easy and the videos and photos remain stable while on the go. They can travel light without having to carry around heavy accessories or equipments along the journey. You can directly start or stop the videos or take a photo directly as soon as you grip by hitting one of the two buttons, red for video and green for photos.

The REMOVU K1 camera is quite impressive even though it may not have the same performance and quality of an interchangeable SLR lens camera. This is a great camera to have for on-the-go Vlogging, for interviews, action shots, POV shots and Broll. The REMOVU K1 4k camera is one of the easiest to use and requires no calibration. Everything is simple and less complicated. The 4 way joystick allows you to take precise shots or high-quality videos and pictures.

The following REMOVU K1 review will get into the details and specifics of the REMOVU K1 4k camera along with test footage and has made an effort to answer all the doubts about the device.

What comes with the camera? 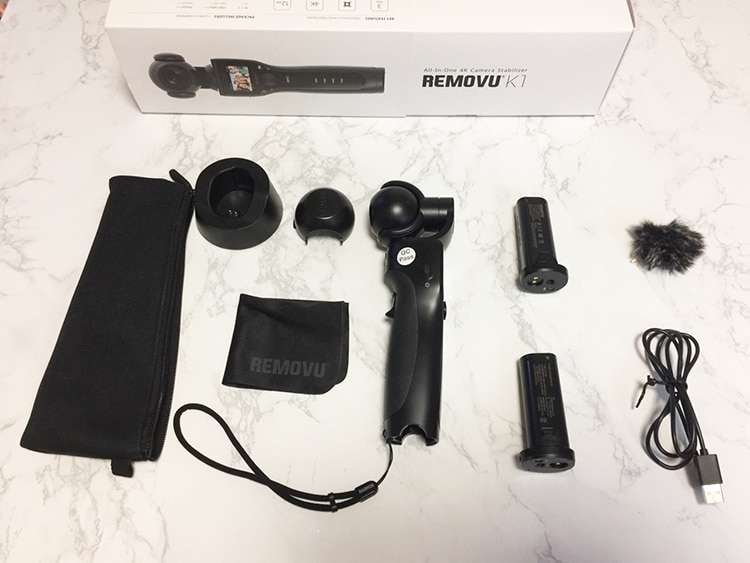 Is the camera heavy to carry around?

No, actually the K1 4k camera weighs only 340 grams, which is lesser compared to its competitors. So if you have long shooting sessions, the K1 will put less strain on your arms and back. 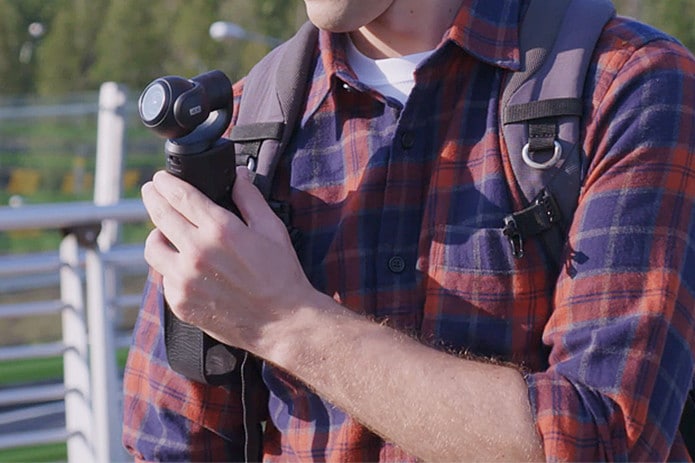 What are the Camera sensor specs and camera lens?

The 4k camera comes with a wide angle lens, F2.8, FOV 101” (D). The camera lenses are not interchangeable and the wide angle lens makes it perfect for selfie mode. You can now vlog while you are on the go and not worry about it to be “too much up your face”. The sensor has 1/ 2.3” CMOS 12MP (SONY IMX377) sensor.

How does it stabilize?

The REMOVU K1 has a 3-axis BLDC motorized gimbal, which captures best videos and photos even if there are any pans, rolls and tilts. The built-in gimbal makes it easier for filmmakers to capture smooth shots while they are running, walking or performing other activities. The gimbal has great stabilization and the videos are smooth.

There are different shooting modes too

Yes, the REMOVU K1 can take single shot, 12mp photo. You can also take a burst of continuous photos, time lapse photos and even panorama photos. The gimbal locks up when not in use, which is a nice feature in this camera. 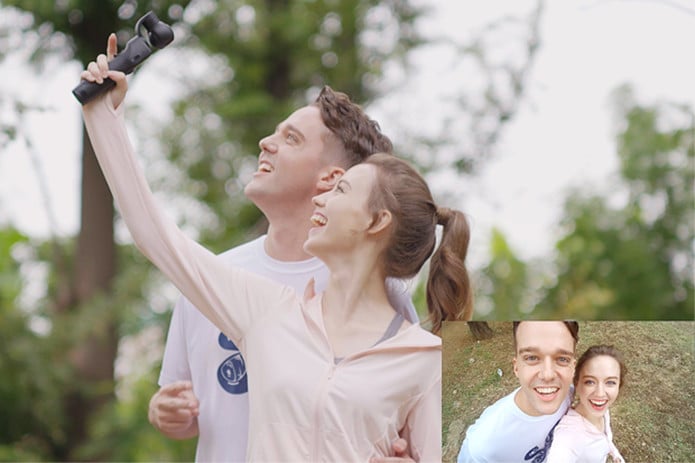 Does the REMOVU K1 4K camera have Optical Zoom?

No, the K1 lacks optical zoom. It would have been better if it has one, as most of its competitors have optical zoom feature, which makes it flexible for the users.

Can the 4k camera be mounted on a tripod?

There is a built-in tripod screw at the bottom of the camera handle where you can attach the tripod.

You can store all your videos and photos on the micro SD card. Make sure it is UHS-1 U3 class card. The device can take cards up to 256 GB. If your micro SD card class is lower than the UHS-1 U3, then you will have problems saving the clips. Long clip saves time. It is advisable to use a 64 GB micro SD card UHS -1 U3 cards and an SD card adapter that can be used while you are on the go.

How long can you record at a time?

The REMOVU K1 4k camera can have 3 hours of continuous shooting in 4k mode and about 4 hours of continuous recording with 1080p FHD with a fully charged battery, Wi-Fi off and LCD screen turned off. To alter the recording duration of the clips you have to go to Menu> Video Settings> Motion Setting and set new duration.

How long will the battery last?

According to REMOVU, the K1 can record up to 4 hours of continuous footage, but it depends a lot on how much you use the LCD screen, how many times you turn it on and off a fully charged battery. It can last for 2-4 hours if the batteries are full. You may even consider getting an extra Li-ion battery if you need so. There are 4 LED lights that will tell you how much battery is left, so you know when to stop or need to charge the battery. The direct charging facility by USB cable ensures that you don’t have to carry bulky chargers while traveling. There is no need to carry power supply with you.

What are the accessories that come with the K1 camera?

The K1 camera box doesn’t include accessories; they have to be purchased separately from the market. The accessory pack costs $49.99, which includes an external MX-1microphone, furry wind shield, wind shield, lens cap, arm strap, screen protector and lens cleaner.

Can the REMOVU K1 4k camera be connected to phone?

Yes, you can connect the REMOVU K1 4K camera to your smart phone (iOS or Android) using the Wi-Fi Direct Connection from the REMOVU menu and camera settings. This feature allows you the live view of your camera from your phone and remote control of the camera. This is a great feature to have and we all love it. The app works great due to the 2.4 GHz WI-Fi. You can update the firmware directly from the mobile app.

Does the REMOVU K1 have a microphone?

Yes, the REMOVU K1 4k camera comes with a built-in microphone, but you can connect an external microphone by connecting to the camera’s 3.5mm jack.

Is there an app for this REMOVU K1 4k camera?

Yes, there is a REMOVU K1 app available for both iOS and Android devices. This allows you to control the device remotely and preview your footage. It allows you to share the footage directly on social media.

The K1 has the ability to zoom into the subjects, but while zooming you need to press the front toggle button forward while pushing the back button at the same time. But, the quality of the image is deteriorated. The image looks pixilated. To prevent this from happening, it is recommended not to zoom the camera and instead use it in the normal state for Vlogging.
The way to change the clip recording durations need to be improved so that it becomes easier for the users. Moreover, a simple menu is required so that the user can change the default recording to 1 min, 5min or 30 min, 60 min or max recording time. The current setup to navigate the menu and change the duration is not very user friendly. Hopefully, these little drawbacks are corrected for a more user friendly 4k camera experience. Sturdy carry case would have been better than a pouch.

The REMOVU K1 review is very positive, because it is a flagship product that will please many of its users once it is released in the market. The REMOVU K1 review has tried best to be accurate and enable you to understand and know the gimbal well before you decide to purchase this for Vlogging. This is a great Vlogging tool that has all the required features for a casual vlogger.