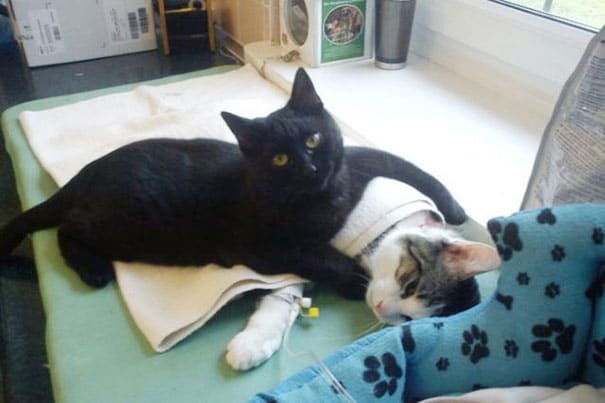 In Poland, a very angelic little cat with plain black color was named Radamenes. This tamed cat has gotten to the very odds just to help other animals at the veterinary clinic. His mission was to help other get better. Radamenes was also among the animals in the center that needed treatment and care. But, as soon as he recuperated, he’s returning back the favor to fellow patients.

This adorable little cat cuddles massages and cleans other animals that are still being treated. Indeed, he became one of the highlights in the locality. People are getting curious about his nursing duties at the clinic, that’s why most locals visit him for good luck.

Once a patient of a certain respiratory infection when he was just 2-months old, Radamenes has now become an incredible nurse cat which looks after other animals at the animal shelter. He’s once super cat that looks after the entire animal center.

No wonder he’s called as nurse cat, since Radamenes offers a helping paw and helps other animals get back in good, healthy shape. More on Incredible Nurse Cat. Read More: 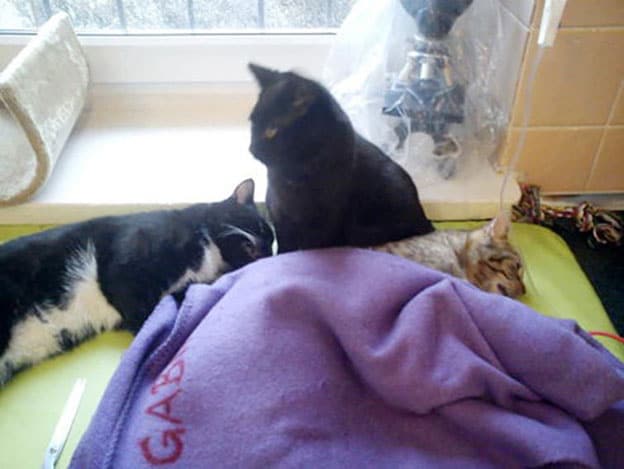 Obviously, Radamenes does not care about breed and color. All he does is ensuring the safety of his fellow felines. 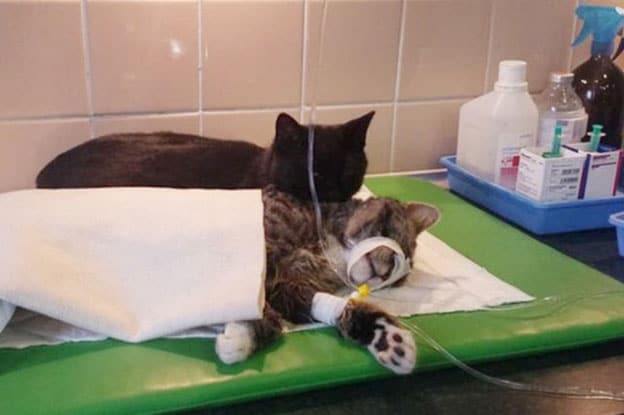 Counterpart in all nursing chores

When this wonderful nurse cat arrived at the animal shelter, he was really sick and in so much pain. Animal shelter personnel thought he would just be around for days and would die in sickness. But to the surprise of the people in the center, Radamenes survived and has now become their counterpart in caring for the other animals. 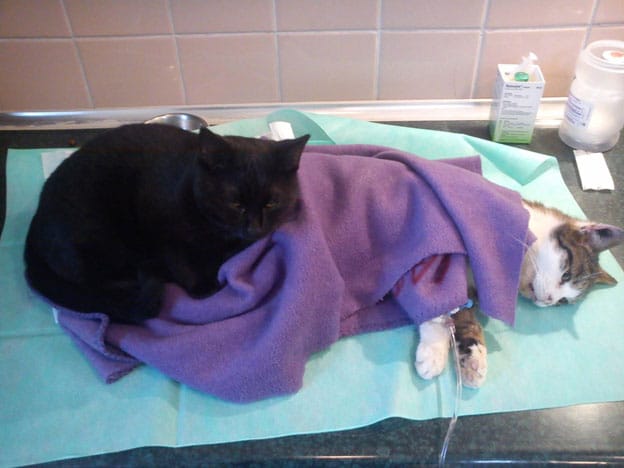 Veterinarians are one in saving Radamenes

What made the veterinarians decide to save him was his sounding purr, as if asking for help. The vets didn’t waste much time and did everything they could to save the poor Radamenes from death. 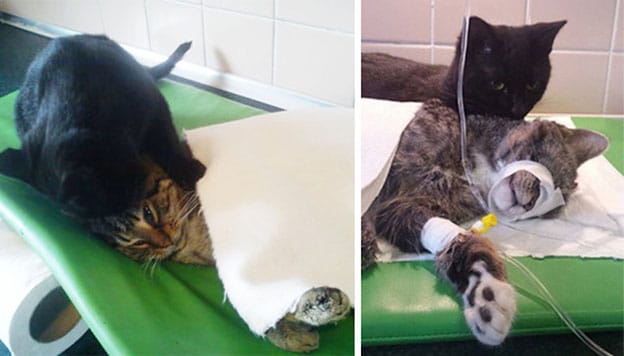 But to the surprise of everyone, the Radamenes showed extraordinary actions inside the center. He started to hug, lick and caress every patient he sees. He was then given the moniker of the nurse cat. 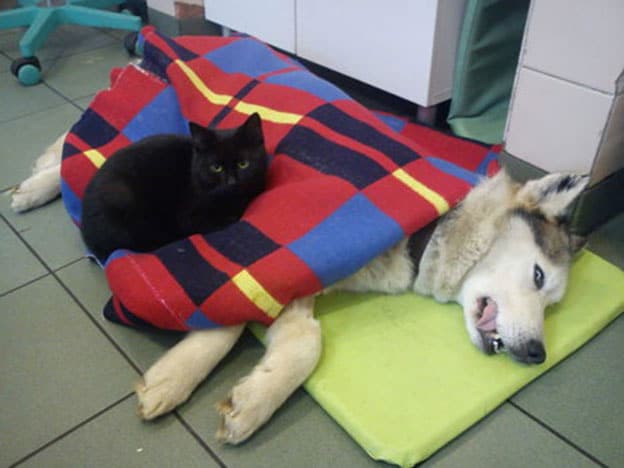 Whenever he sees any animal that is scheduled for operation, he never thinks twice in offering his comfort and soothing paws to caress and show his care.

Every day is a helping day

For the passionate vets, they think the nurse cat has also the passion to look after any patient whether it’s a cat or dog. It’s and every day routine when he inspects every animal in the animal shelter. 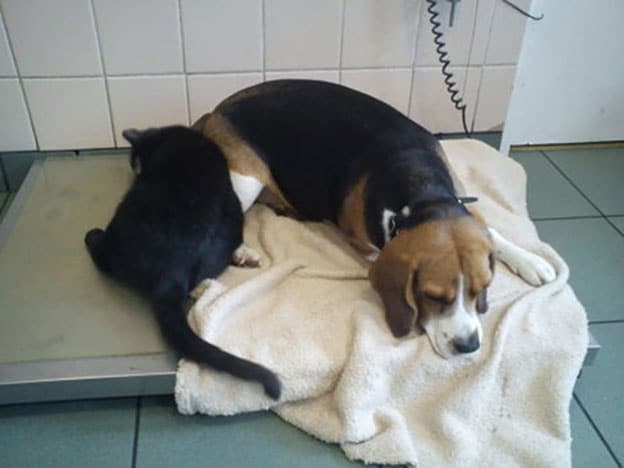 Purrs make all the sickness go away

Many believed that his amazing purr sound makes all the difference. It not only caresses the patients, it also gives a calming effect on the nervous patient.

It’s an amazing story for a cat, once lying on the streets and just waiting to die. Radamenes the nurse cat is one animal that has given so much love and protection to other animals. 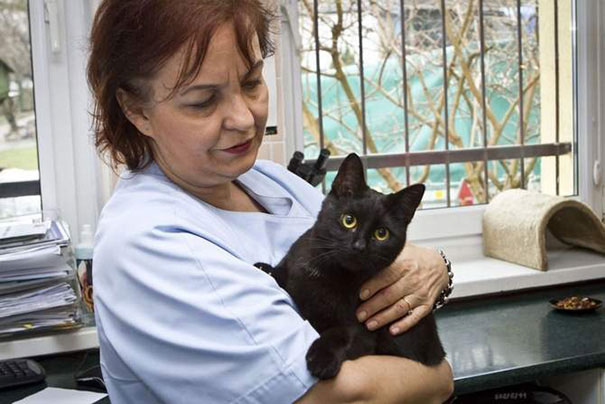 The incredible veterinarian who saved Radamenes was no other than Lucyna Kuziel-Zawalich. According to her, the cat was in a very terrible condition and there was little or no sign of recovering. However, on the first night, the cat slowly showed signs of recuperating. That was the sign that the vets decided to help and revived the health condition of the sickly cat. They believed that he was on the brink of a near death experience and just began fighting for his life. Whatever it was called, Radamenes slowly but surely won every battle he fought. And the best battle he won was his precious life. 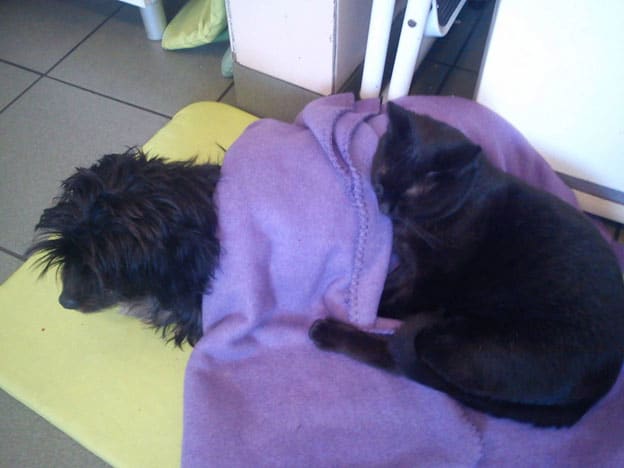 Near death won’t stop him

His experience with almost dying was once reason he wants to help other animals to get better and live life to the fullest just like him.

He knows who is suffering too much

He actually feels who needs his calming purrs and caressing paws. He knows who suffers from near death situation and who else needs extra care. 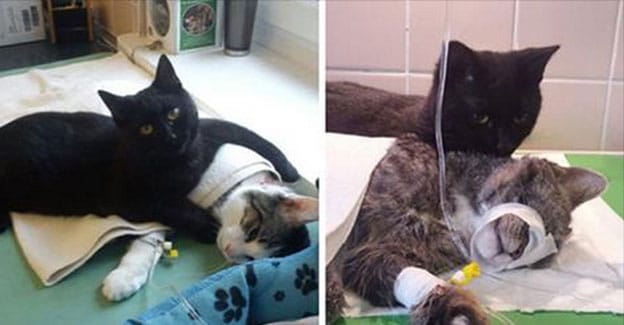 Bigger or smaller it doesn’t matter

Big or small, he doesn’t care at all. Indeed, size doesn’t matter when speaking of showing your help from others. He never leaves until he feels that the sick animal is calmed down.

Showing some love and respect

Radamenes is truly a helping cat. No wonder he’s been well taken care of by the people in the locality. He’s also gives help in taming animals which are still in shock. 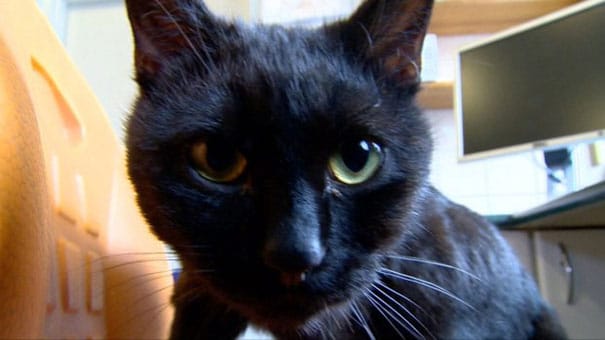 Whatever breed the animals are, they no denying how they show their love to their fellow animals. After all they are all the same.